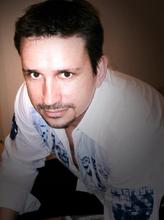 Classically trained on piano by the late Ivan Fosello, pianist for the world famous Italian conductor and arranger, Mantovani, Mark received all his grades through the Trinity College of London. He also studied jazz on organ through the A.M.E.B., whilst taking extracurricular studies in electronics through the Marconi School of Wireless. Performing as a full time musician at the age of sixteen, he has since worked in many venues and studios around Australia as well as overseas.

Mark has been playing piano since he was about five. Studied classical through the Trinity college of London, and Jazz through the Australian Music Education Board, as well as computer and electronics through the Marconi School Of Wireless. He started demonstrating organs and keyboards and teaching in a music shop when he was 15, and working full time, six nights a week in a band at the young age of sixteen.

Since then he’s worked in many studios around the country and overseas in all fields of production and arranging as well as keyboard and vocal performance. He still gigs every Friday and Saturday night at the Sheraton Mirage on the Gold Coast.

He also produces many soundtracks for international touring shows that travel to countries as diverse as Dubai ,Singapore, Philippines, Bangkok, Shanghai, Hong Kong, Indonesia as well as programming and sequencing the fully orchestrated music tracks for the "Legend Tribute Show", "The Looney Tune Show", "The Power Puff Girls Show!", "Hello Kitty" "Batman Begins" and many many more. In conjunction with Cartoon Network, Warner Records, and Alionation,

He has also recorded and produced the international release of the "Power Puff Girl" C.D. STUDIO PROOF is a "Total Music Production" House where Mark has  produced a plethora of productions from Warner Bros and DC Comics live show productions through to Australian artists cds of almost every genre!