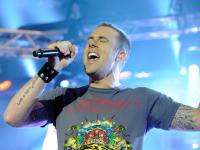 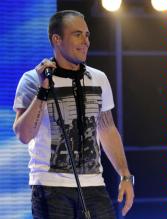 Gold Coast singer-songwriter, Casey Barnes, is currently flying high from his inclusion in this year’s Australian Idol Top Ten. Consistently delivering dynamic performances week after week, Casey was highly respected by his peers and his send off was noted as one of the best in the history of the show, with the judges assuring him he would undoubtedly go on to have a highly successful career due to his grace, maturity, solid voice and persistence.

Casey clearly performs with passion and it’s impossible to miss the amazing talent Australia has been voting for! Before Australian Idol, Casey had already made his mark on the music industry and is one of Australia’s most talented, emerging singer-songwriters. One of his biggest highlights to date was opening for Bryan Adams at the outdoor concert series ‘A Day on the Green’ Following his set, the demand for his independently released album at the merchandising tent was overwhelming, with over 200 copies selling out. This was the start of something special for Casey and he has gone on to play shows alongside acts such as Eskimo Joe, Vanessa Amorosi, The Whitlams, Jack Jones and Diesel amongst others. Casey’s self titled second album followed in 2007 and featured honest, passionate music with a rock/pop edge.

On top of Casey’s own personal love of music and performing he also recently found time to organise a successful series of charity concerts to raise money for his chronically ill little mate, 10 year old Connor Maclean, who has a rare health condition. It was a story so strong and heartfelt that it was covered by “60 Minutes” and went to air on Channel 9. Without a doubt, Casey Barnes not only has a passion for his music, but also for the people around him.

With Casey's large fan base and national television exposure reaching out to over a million viewers, he is planning on making the most of the opportunities from Australian IDOL to move forward with his music career. Casey’s hotly anticipated brand new single will be released early next year.